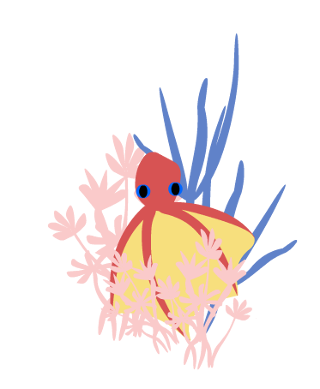 It has been a -very- long time since I last worked on a game. As I talked about in previous posts : I just didn't have the energy.
Starting in 2015, I've been plagued by crippling burnouts and depression. In the summer of 2017, I was diagnosed with ASD. And all of that in the middle of a midlife crisis ... =)

Yes, I can safely say that the past couple of years haven't been easy.

I have been itching to get back to work, but programming requires at least some brain power, and my brain has been ... I don't know ... on strike ?
So, I've decided to try and trick my brain back into action.

The plan is to start with some doodles, and then try and sneak some coding in when I'm having one of my better days. Hopefully, at some point in time, this will result in a playable (and fun) hidden object game.

Maybe you've noticed the word 'doodles' in the previous paragraph ?
That's exactly what I mean to say.
I'm really out of my depth. I have no idea what I'm doing. At all.

This is some art that inspires me for SeaRose :

My 'drawings' naturally don't look anything as good as the work of these professional artists, but I think the 'vibe' is getting there ...

I'm still experimenting with the style : drop shadow, outline, level of detail, ...
And I still need to draw a gazillion animals.

If I get the game working on my pc, I will then attempt to make a mobile version as well.
But that's quite another thing yet ... =)