May 07, 2019 SeaRose, screenshots
About staying motivated. 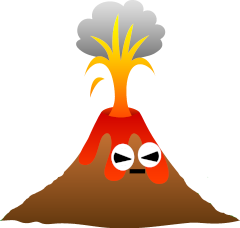 After I've been working on a game for a while, I always start feeling an enormous amount of dread building up inside of me. I can't stop thinking about how I'm in over my head. How the game is looking awful and isn't fun to play. How I still have a gazillion things to do. How I'm just wasting my time and I should quit doing this alltogether.

Luckily, I've now acquired a couple of ways of dealing with these thoughts and feelings.

The first way is something I learned from watching a commercial (of all things). I don't rememer what they were trying to sell, but at one point, a voice-over is saying something like this : "What would your younger self think about your life ? About the food you're eating ? About your job ?"
Ignoring the first two questions and focussing solely on the third : my younger self would be feeling surprised and happy to hear that I'm making games (well, trying to anyway ...).
Realizing this helps me feel that I'm 'doing the right thing'. It gives me peace of mind.

Number two is something that was posted on Twitter by @BlitzAmbassador. It's a short clip of Akira Kurosawa talking about 'writing', but it is just as applicable to game dev (or any long-term task).
These words help me find happiness in the acts of programming and creating by themselves. Reaching the end of a project is just ... 'something that happens before you start working on another project'.
(Of course, if you want to earn money making games, you should strive to release your game at some point.)


And number three : work on another project for a while !
This helps me to get rid of all the pressure that was building up inside of me. Another benefit is that when you return to your project, you see everything with fresh eyes. It helps you realize that yes, there is still a lot of work to be done, but the game isn't a lost cause.


All of this is to say that I'm now working on both SeaRose (2d hidden object game) and Bethee (3d point&click game) at the same time.
=)

SeaRose is currently in a playable state, but the art and design are still mostly placeholder. Many gameplay features are already programmed, but they still need a lot of tweaking. Also, there's no special effects or sound yet.
All in all, still pretty rough and boring looking ... But, I'll post a gameplay video anyway :

So. As you can see : playable, but nothing spectacular.

This is what has been done so far :

And these are the things that are still missing or broken, that come to mind right now :


As you can see : still a LOT of work ... But definitely doable !
Until the next time.