Three pm walk – these are NOT happy clouds … 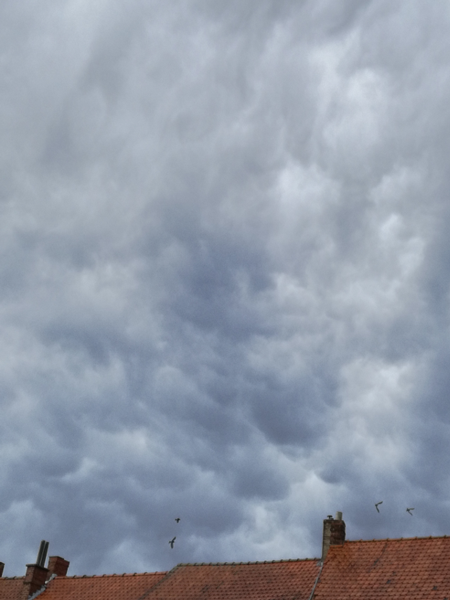 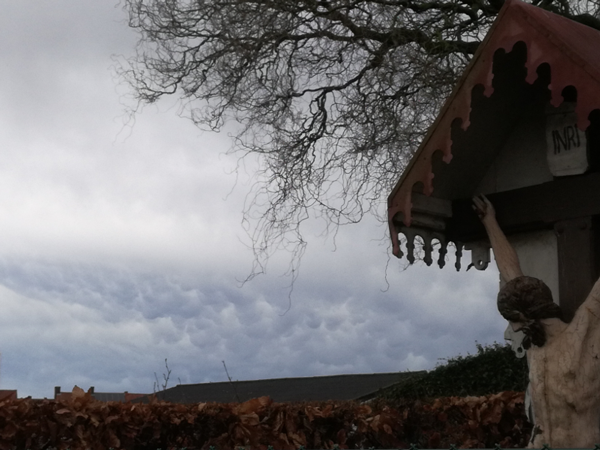 Suddenly feeling a bit sad after receiving birthday wishes from the bank, the web host, and the shoe store …

The canal has 20 cm high waves with white foam heads, and I just saw part of a roof come down about half a meter away from a man walking his dog …

A man walks up from behind me, pauzes briefly, and then starts talking to me.

I half jump out of my skin before I recognize him. It’s our ‘local drunk’. On his way to the station. (I so don’t want to know why.)

While he’s asking me all kinds of very awkward questions, the absurdity of the situation hits me : ‘I’m been hit on, by our local drunk, at 6:25 in the morning …’ 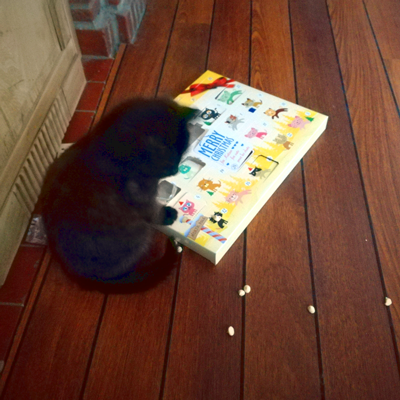 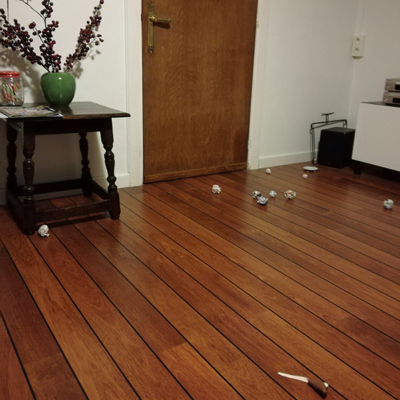 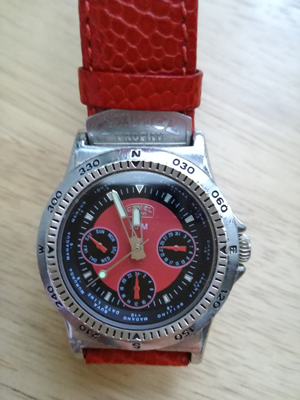 The battery in my watch died.

Is someone trying to tell me something ?

Do you remember that scene in the Harry Potter movies, with the Knight Bus ? Where Ernie slams on the brakes and all the passengers smash into the front window ?

Well. This little kitten sure is making it hard for me to get to know him/her/it …

When we first met, I was told by the people whose garden ‘it’ had been living in, that the tiny, brown purring ball of hair in my hands was in fact a female kitten. So, I decided to call her ‘Sookie’ in honor of … Well. Yes. You know.

The very minute ‘Sookie’ entered her new home however, she told me she was actually a ‘Jackson’.

Ok. No problem. Jackson it is.

But then yesterday, Jackson suddenly came over to me, gave me a wet kiss on my cheek, and told me that ‘Jackson’ is his last name. His first name is ‘Stanley’ … If I wouldn’t mind. 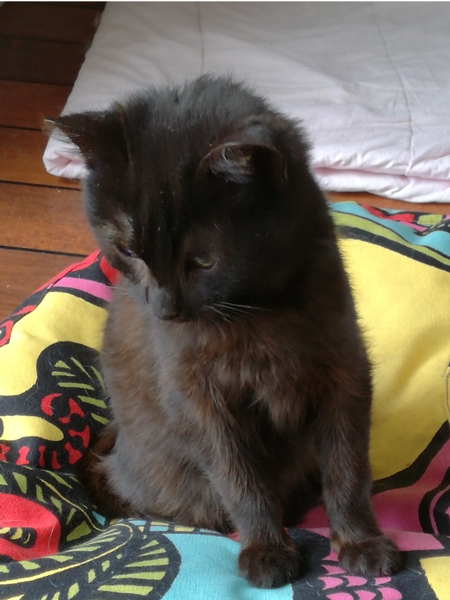 Surprisingly, this is exactly the time I left my home this morning.