Bert found out were I’ve been hiding every morning.

It’s 5 pm and the thermometer outside the shop is holding at 18 degrees C.

When Albert was getting on the bus, this morning, he was showing his bus pass to the driver (as usual).

But the bus driver is suspicious, because Albert is covering most of his pass with his hands.

The driver is annoyed, and tells Albert to give him his pass. But Albert doesn’t want to part with it.

The driver starts yelling, and tries to pull the bus pass from Albert’s hands. But Albert just holds on even tighter.

Finally, the bus driver wins. He looks triumphantly at the bus pass … and then rather morosely hands it back over to Albert.

The bus was late (again), so I missed my train (again).

Somewhat behind and to the left of me, someone is eating fries (#justNotDone).

I’m thinking about treating myself to some fries on my walk home from the station.

I get out of the train, walk to shop number one … Closed !

I make a little detour to shop number two … Closed ! 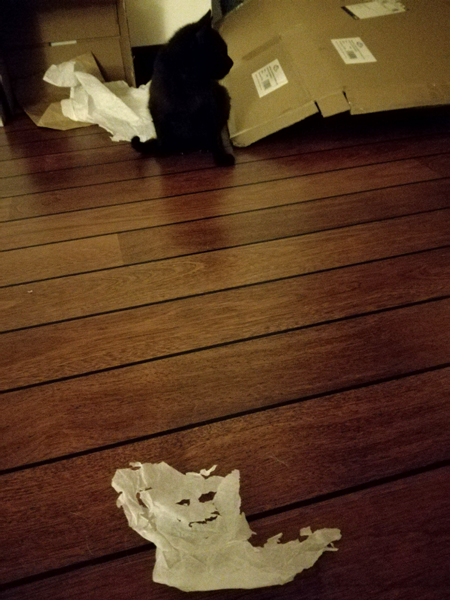 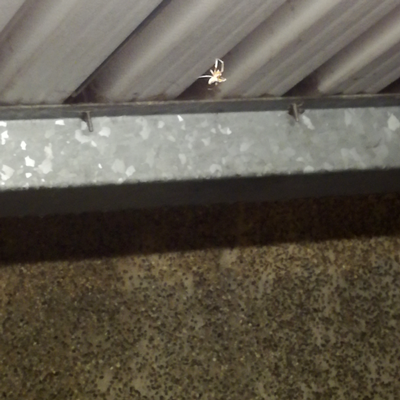 But, back in 2001, when the new series aired, I was terribly disappointed with it.

I hated the theme song, I disliked or felt little empathy for most of the characters (except for Trip, of course), and I was disgusted with the ‘sexification’ (did I just make up a word ?) of it all.

So, I stopped watching about halfway through season one.

I recently started watching Enterprise again, on Netflix. And to my surprise, I have to admit that the series is actually not all that bad ! There’s quite a bit of humor sprinkled through most episodes of season one, and some of the characters have really grown on me.

But don’t get me wrong : I still hate the theme song, and I still hate all the ‘lets take off our clothes and rub some ointment onto each other’ scenes. And I don’t like how they seem to have forgotten all about Hoshi in season 2.

Oh … I hope Star Trek Discovery will be GOOD !

Stanley is ‘helping me’ tie my shoes. 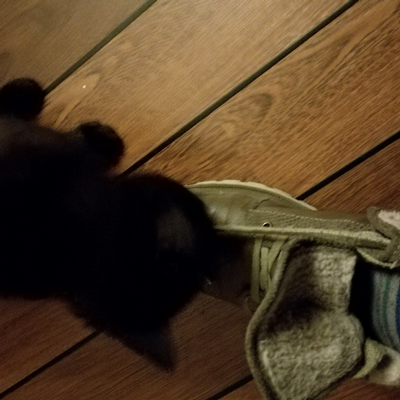 This is Belgium (too).

This morning, while I was waiting for the bus, it suddenly hit me that I couldn’t understand any of the conversations around me !

So annoying. I know it’s going to bug me all day … (I have this strange fascination with languages, where I just HAVE to know what country they are from).

Today = not a good train-day.

Second train was filled with five-year-olds.

Third train was taken over by senior citizens.

And between them, I don’t know who produced the most decibels …

I have now resorted to leaving my home 10 minutes early every day.

Almost every morning, on the bus, I see Albert.

Albert is just like any other man, except that his mind is rather special.

Albert never sits down.
He just leans back against pole number 3 on the right side of the bus.

Then, whenever someone needs to pass him, he jumps forward, across the aisle, and holds on to the pole on the left side of the bus with both hands, while the rest of his body is now nearly completely blocking the rest of the aisle.
#justBeingCourteous #puzzledLooks

And sometimes, Albert just HAS TO touch all the poles around him, starting from the one on his right, going counter-clockwise, to the pole on his left.

Albert seems like a very nice guy. But I wonder … Would he know that he is ‘different’ from most other people?

It is strange to see how powerful the mind can be …

I don’t know what these flowers are called, but they smell wonderful at 6:24am. 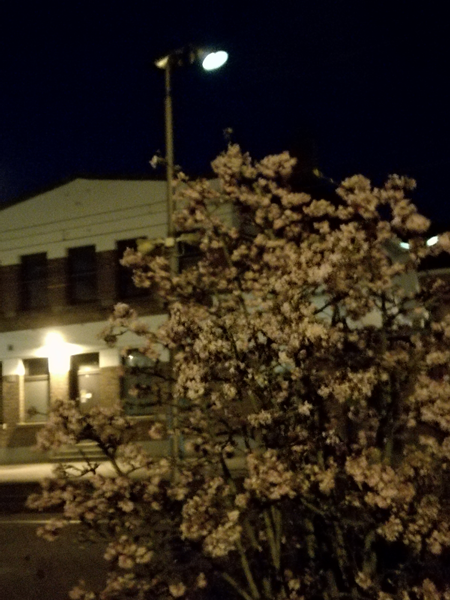