I have been curious about Obduction ever since I heard of its existence. I mean : look at that image, think about the impact Myst (1993) had. This just -has- to be a good game.

As I was getting ready to buy it, I decided to skim through some "Let's Play" footage ...

And ... I'm very glad I did, because I would not have enjoyed playing this game, even though it is really beautiful. I ended up watching the entire "Let's Play" (Dilandau3000, aka. Sven Groot & Myst fan) instead ... 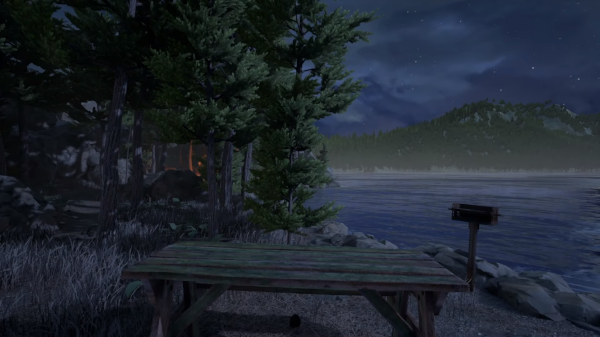 This is where the game starts : some camping grounds in the woods.
Immediately, there's a feeling of adventure and mystery ...

In the distance, you see the light of a camp fire.
While you walk in that direction, an offscreen voice is talking about a light that was seen in the sky, and how several people were inexplicably drawn to it. 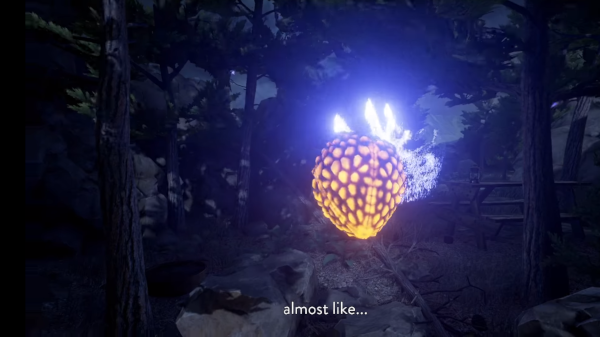 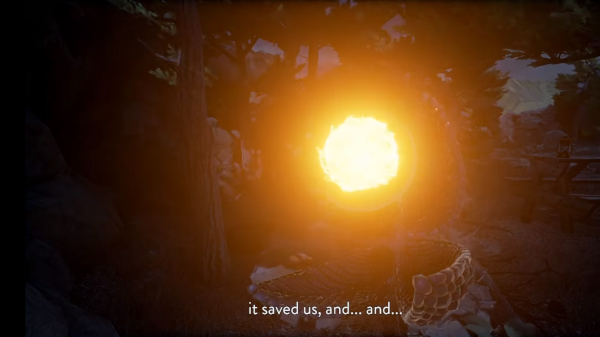 The offscreen voice continues : "It found us. Each of us."
"It saved us." 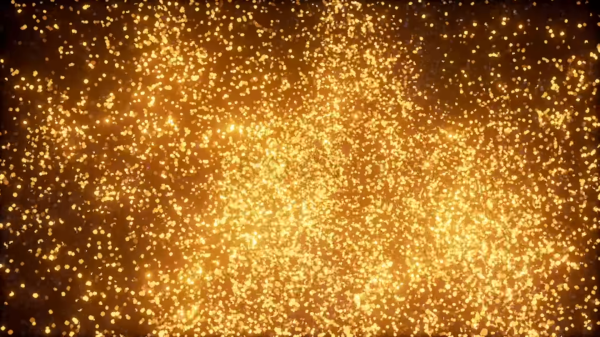 A sparkly effect that reminds me of The Witness ... and the game begins.


We are now inside a cave that looks just like the camping grounds.
Except that the sun is shining, and there's a strange pod near the cave wall ... 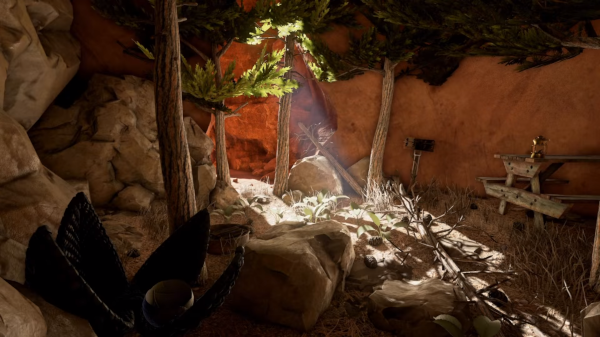 Outside the cave, the world is looking ... alien. 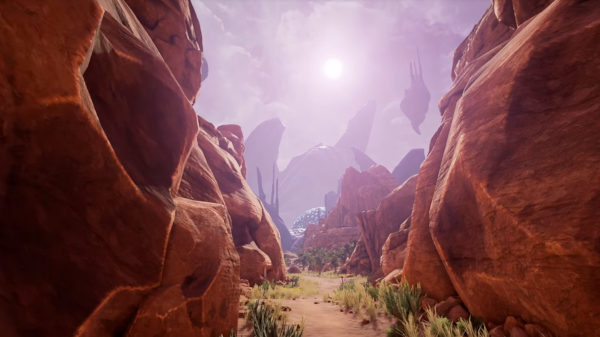 A road sign near a strange, glowing device tells us we're in Hunrath. The mayor welcomes us, and tells us to go to a big white house where everything will be explained. 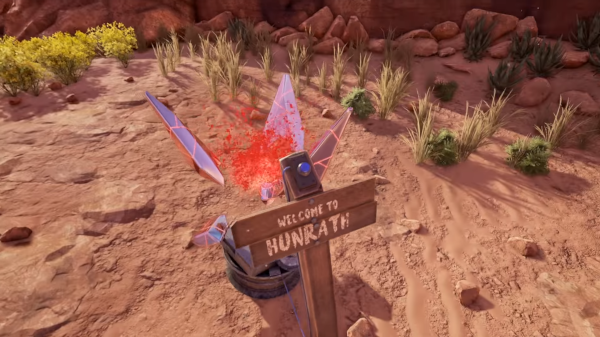 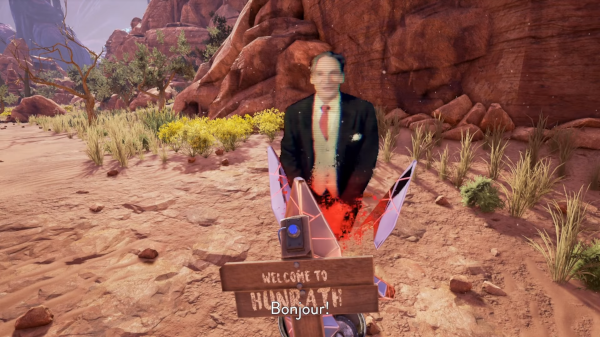 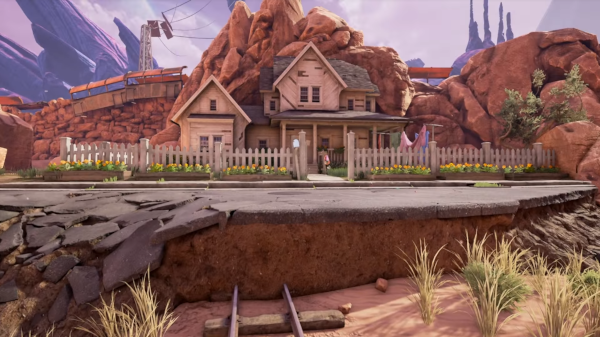 And here the stuff that I don't like begins ...

Letters and more holograms.
I understand their purpose, and most people don't seem to mind them, and they -are- typical for the Myst games ... But I don't like them. They feel ... artificial, they explain too much. 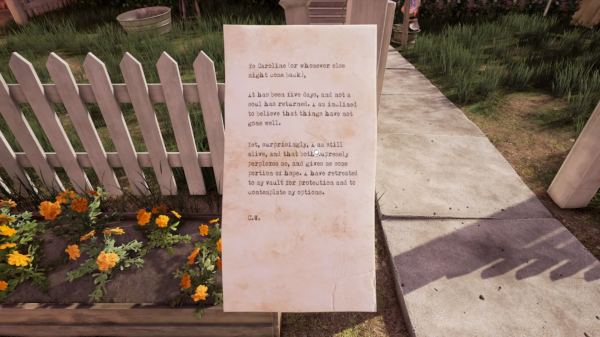 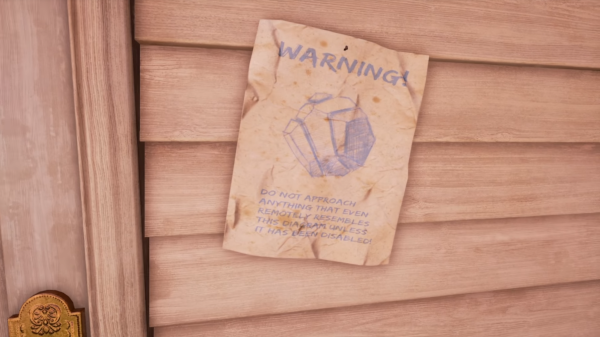 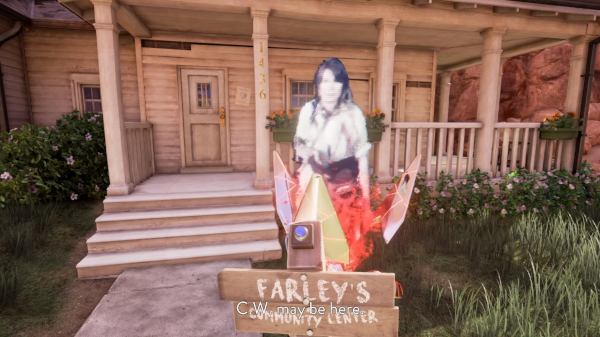 And while we're on the subject of things I don't like in Myst games : the obligatory rude and generally unhelpfull NPC.
Yes, I know : this is not a 'real' Myst game, but there are a lot of references to Cyan's earlier games. 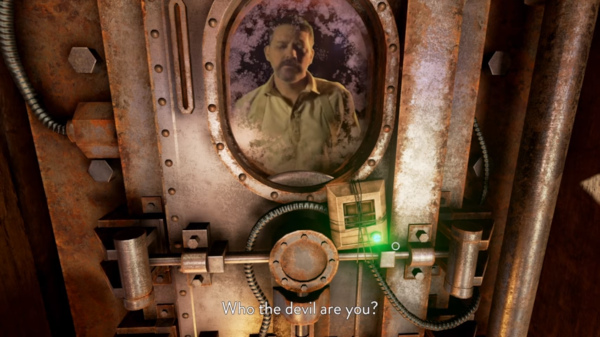 And finally : the type of puzzles in this game. 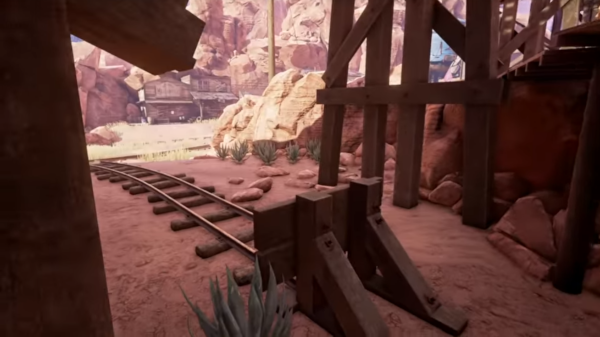 To paraphrase Sven : 'Mmm ... nothing cleverly hidden on the back ... no. Not that kind of game.'

Sadly, half of the puzzles in this game are rather obvious : turning a valve, moving railway tracks, pointing a laser at rocks, ... Nothing that would give me the satisfaction of 'having solved something'. 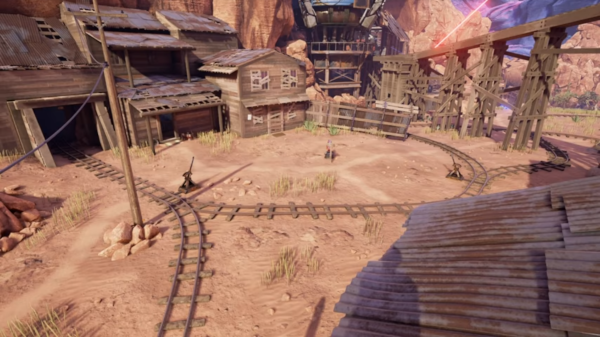 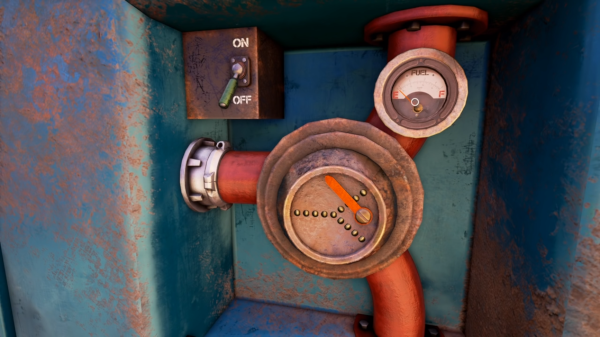 The other half are 'maze puzzles', where you activate a device, or walk through a 'bubble wall' to get to a different location. And yes. Usually, a lot of walking is involved. 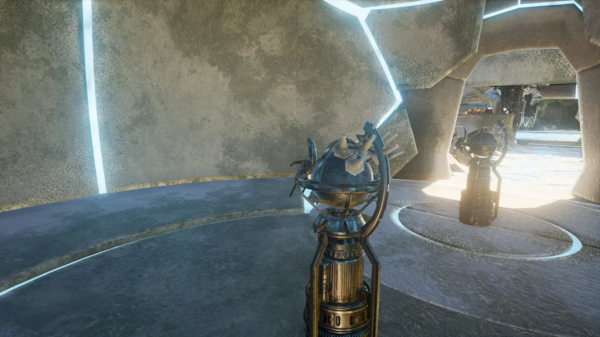 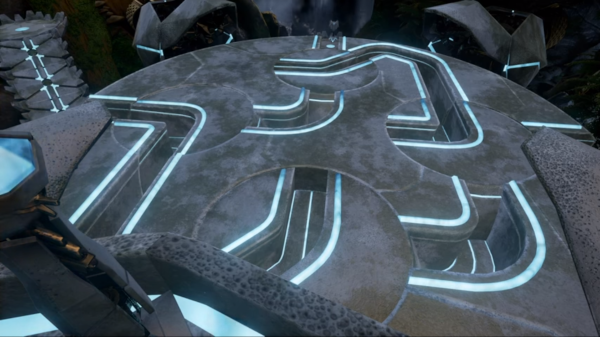 But, the game sure is beautiful. My favorite 'world bubbles' are Hunrath and Soria :


The Kaptar 'bubble' gave me wonderful flashbacks to the Myst games, while the machinery and aliens are breathtaking :


My least favorite 'bubble' as far as landscapes go, is Maray. But I love the tech here :


To end this (rather long) blog post : some random stuff that caught my eye ...

I'm not entirely sure if this was intended to be a funny thing, or if it's just 'age' ... but it seems that some players no longer know what this is, or how you use it. =) 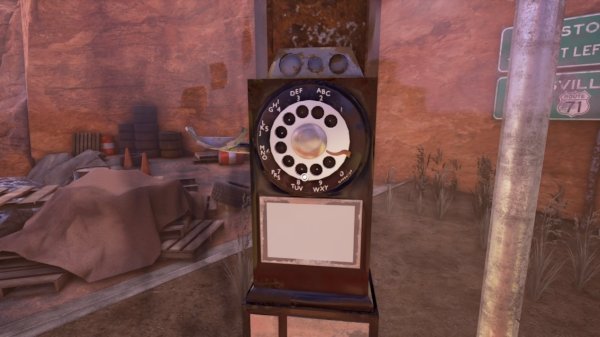 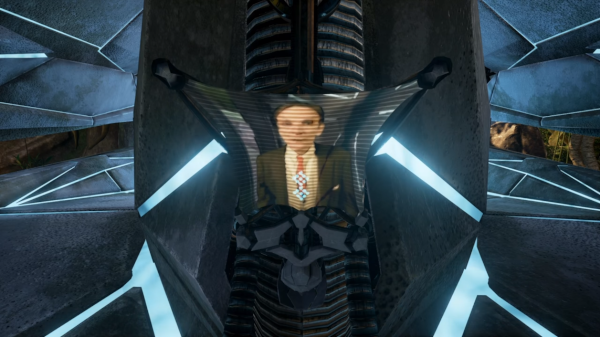 The species involved (and a wink) ... 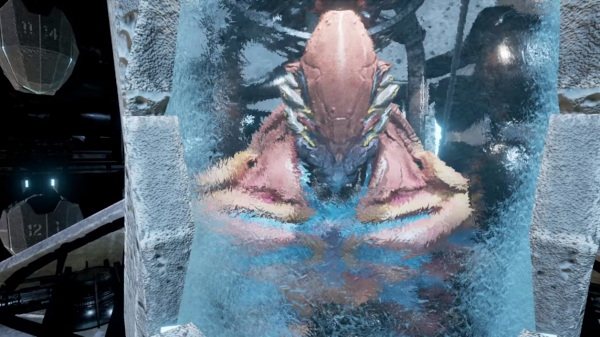 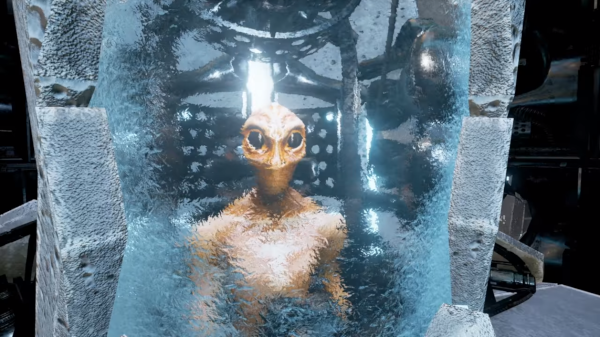 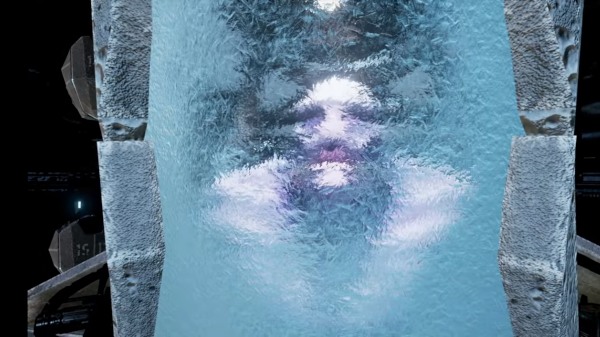 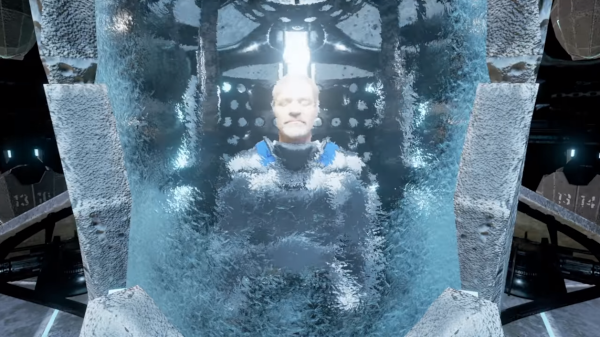 I have to admit, after having watched two LP series (please don't judge me) I'm still not a 100% sure I completely understand the narrative.
Yes, there's ambassador seeds that create trees on 'suitable' planets, there's collector seeds that take people (and I guess they're also used in the swapping devices), and there's mother seeds that create the world 'bubbles' by swapping pieces of planets. Planets are connected in pairs, and people from different races are 'saved' into 'a' future ...
But if I try to think about it in more detail, my head starts hurting and I get the nagging feeling something isn't 'quite right'. =)

Anyway. A beautiful game and an interesting setup. But not puzzles I would enjoy.