I had very high hopes for this gorgeous, obviously Riven-inspired point&click puzzle game.

Unfortunately, I found the gameplay to be sorely lacking.
In fact, if this game hadn't looked as beautiful as it does, I would have quit within the hour.
Instead, I struggled on until almost the end, with a walkthrough opened on my 2nd screen.

A good puzzle game (Myst, Rhem, the Witness) evokes a sense of wonder and curiosity about the game world. It tempts the player to try and solve the next puzzle, and the next one, ... and just one more.
The puzzles can be tough, but they always rely on the powers of observation and logic. In the end, they almost always make the player feel incredibly smart. =)

Haven Moon did none of that, for me.
The world felt empty and dead. There were no real puzzles to be solved. The few interactive moments were defined by turning a valve, pushing a button, trial and error activation of power switches, and finding hidden things. 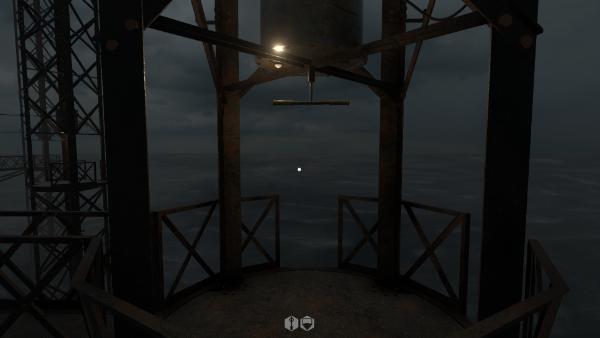 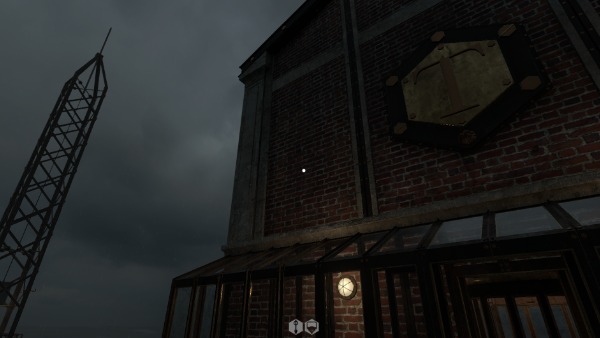 Strange as it may sound, with there being no real puzzles, the 'logic' of the gameplay mostly eluded me (hence the walkthrough).
Looking back, I feel as if the majority of my time in the game has been spent transitioning between islands (transporters and airship), and reading letters.

I also felt that the game was 'unfair'. One example is early on in the game, in the room with the telescope and the maps. The aim is to somehow figure out the coordinates of the other islands. 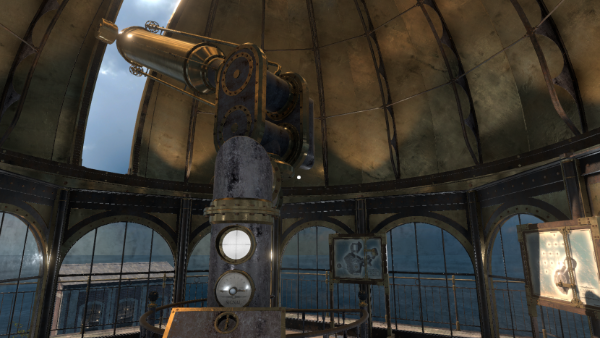 Alas. After trying all kinds of things, I had to turn to the walkthrough to find the solution. And as it turned out, the correct way to find the coords was to point the telescope in the general direction of a distant light source, and fiddle with the horizontal and vertical coords until the telescope was pointed exactly at the light source.

Anyway. I won't spoil any more of the game for you. I'll just show 2 more screenshots from the game. One with obvious Riven vibes, and one with a cameo appearance of Suzanne =). 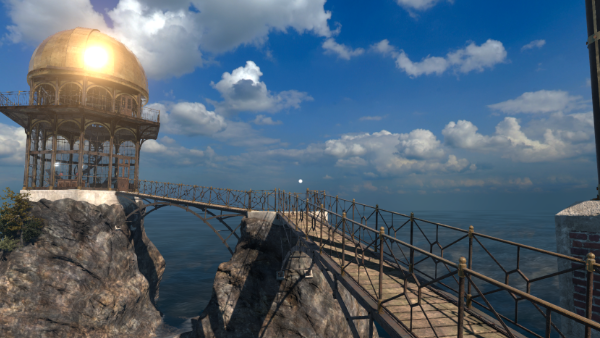 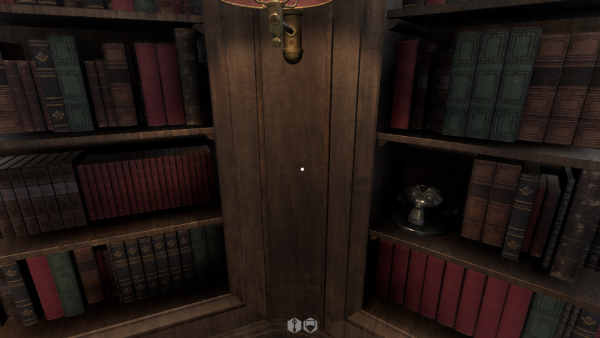 In summary, this game illustrates once more just how hard it is to create a good puzzle point&click game.

Note : I didn't know who Francois Roussel was, so I looked him up. The only article I could find, was from BlenderNation (October, 2015 ). In it, the developer states that he has been a graphic artist since the late 90’s and that he did not have a huge amount of game dev experience when he started making Haven Moon. And just like many developers before him, he was inspired by Myst and Riven ... =)